It has been a long time since I’ve updated my personal website. I have no excuse for it other than life getting in the way and my energies being spent on other websites that I own/manage.

I find I have a bit of time this morning and I am choosing to spend it talking about the projects that I’m currently working on. Let’s break it down. I’m working on Grim Oak Press at the moment and getting limited editions of Sometimes the Magic Works by Terry Brooks, Uprooted by Naomi Novik, Dragonsbane by Barbara Hambly, and Faerie Tale by Raymond E. Feist ready for publication over the next few months. And that new SF novel by Terry Brooks titled Street Freaks. I’m also shipping out signed copies of Burn Bright by Patricia Briggs and about to receive comic books from Pierce Brown for shipment too on The Signed Page.

But I’ve also been doing a fair amount of writing lately. Antiquity Grey continues to surprise me. I’ve just written a major scene in the book, one I’ve had in my head for almost three years. I couldn’t be happier about it. And the next major scene is about two chapters away and is the end of the book’s second act. So despite this book taking a while, I am making progress. And I think it is the best thing I’ve written so far. Eager to finish and have a few people I trust read it before sending it to my agent. 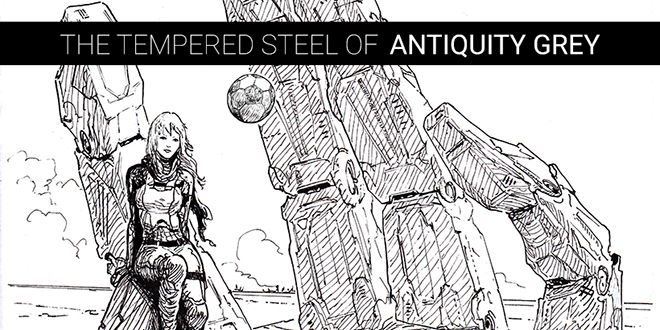 I’ve also been working on completing my short story contribution to Unfettered III, which I’m pulling together right now. I’ve received about five stories so far for the anthology. My short story is a Richard McAllister and Snedeker story, set ironically after the events of The Everwinter Wraith. No worries, I don’t spoil anything for the sequel to The Dark Thorn.

Speaking of The Dark Thorn, it is available on all ebook platforms for $.99 right now. Buy it. Read it. If you enjoyed the book, share it with your friends and family who might be interested. And REVIEW IT. Reviews really matter to new authors, either on Amazon, B&N, Goodreads, etc.

In short, I’ll try to keep this page more updated. I do enjoy reaching out to all of you and letting you know what’s going on. I will be posting an Events post next week since I’ll be doing a bit of traveling this year in support of various different projects. More on that next week!

1 thought on “The Projects I Am Working On Right Now”